To Master or Not to Master

I’ve been on the sidelines lately, watching the status of teacher-hood in North Carolina change dramatically from the day I last set foot in the classroom a decade ago. Most of the changes were “accomplished” this year, the unlucky thirteenth of this exciting new century, the year of major funding cutbacks.

There is to be no more pay differentiation for teachers with master’s degrees, for starters. Seems that test results show no significant increase when children are taught by teachers with higher degrees. The logic goes along the “so why bother?” lines. For the record, I have a master’s degree in education that I worked, labored, toiled, scrimped, gave up time and part of my income just to earn. So I’m a little miffed at the very suggestion that what I did was in vain.

I must admit, however, legislators could find some backing for their argument in Pilot Mountain School where many teachers were not college graduates, must less holders of master’s degrees. They worked hard, labored, toiled the same number of hours as their peers, and at much lower salary, facing the same overloaded classrooms with little equipment beyond chalk and slate. Their children went on to achieve, or to fail to achieve, in equal proportions to those from college educated teachers. Look at all the money the system saved!

That worked for the 1940’s, sort of. We’ll never really know because the dropout rate was so significant, there weren’t that many students in the upper grades to reap long term test results from.

That also worked much earlier in 1905 where, in the county superintendent’s yearly report, only five out of fifty-three teachers reportedly had college degrees or “normal school training,” as the form was worded. The forty-nine uncertified teachers prepared the students for the twentieth century just as well as their five educated peers.

In theory, maybe, stretching it here, maybe that would make sense. But no. There is something intrinsic about being taught by a well trained, well educated person, something test results won’t expose. It’s one of those inherent rights, the pursuit of education, of sitting at the feet of a master, so to speak.

How’s that old adage go, the one that warns, “You get what you pay for”? 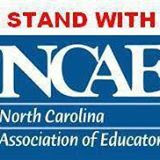 Fast forward to the twenty-second century. What will the bloggers say about superintendent’s 2014 end of year report?

Posted by Gretchen Griffith at 10:05 AM