There are two times a year that to me are the most conducive to reading a good book. One is in the dog days of summer when extreme temperatures and humidity can only be countered with a lazy session on the back porch swing. The other is like yesterday, when the weather outside was frightful, not even rising above the lower twenties. That I countered curled up under a blanket, cat on lap, computer shut down, reading a good book.

And oh, what a read. 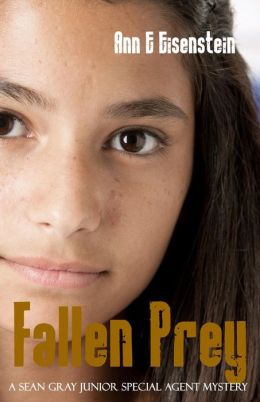 It grabbed me from page one and thrilled me when the closing page gave a hint to the next book in the series. This book, Fallen Prey, was meant for middle grade students, aimed at them to get them where they need to be gotten, in their dabblings with online social media. True, the stranger danger theme has been drummed into the psyches of today's children until you'd think one more mention to preteens would send their eyes automatically rolling in disgust. But not this time. Not when sixth graders become detectives and protectors and victims, oh, my.

I've met the author Ann Eisenstein. Our paths have crossed several times at conferences and book festivals. Her passion for young people is contagious. Her energy boundless. Her writing excellent. The combination of those elements leads to an excellent story.

I can't help but have a little nostalgia for the good old days. For the times when sixth graders could read a mystery series, Nancy Drew, Hardy Boys, and not have the realities of evil happening to them and their friends. For the years Pilot Mountain School was open, the forties, the fifties, the sixties, before facebook and blogspot and texting. Back when meeting up with an unknown predator pretending to be a fellow preteen was unheard of. Back when a computer was science fiction. Back when the age of innocence really did exist.

For some it did. They could hitch a ride to town, spend hours in the woods, speak to strangers, even take them into their homes.

For others innocence ended almost at birth. We can't forget that evil existed everywhere, all the time. It might have come in different forms than for the great-grand children of those who sat in the desks at this school, but it was still there, no matter what school, what town, what universe. Alcoholic fathers (and mothers). Child abuse. Poverty. Not enough food, thread bare coats, worn out shoes. The list goes on and on. Some issues have been dragged into the open and today's children have resources to assist them.

Other issues, like strangers who prowl the internet for innocent sixth graders, need more resources. This book is one. I highly recommend it.

Gretchen
Posted by Gretchen Griffith at 9:03 AM 4 comments: