Just in time for Father's Day, my husband's brother gave us a flash drive of hundreds of photographs they had scanned from the albums and stuffed shoeboxes we found when we cleaned out my in-law's house. So yesterday my husband and I sat down in front of the screen and watched a remarkable life unfold, that of Wesley Newton Griffith.

From his early years to his teens to his war service, I became acquainted with a man I thought I knew, but didn't. He was more, much more, and the pictures introduced me to that part of him I never considered.

His life before I married his son.


He spent his service time in Hawaii, radar, watching for enemy bombers. After Pearl Harbor. In a tunnel on a hill. 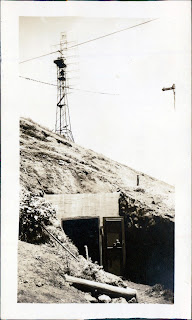 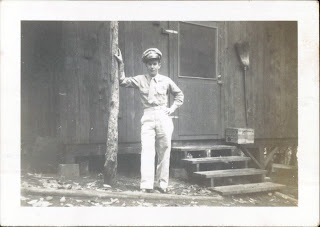 This Father's Day I honor not only the memory of my own wonderful father, but also that of my father-in-law. After all, he's the one who taught by example what it means to be a father.

Gretchen
Posted by Gretchen Griffith at 10:33 AM No comments: