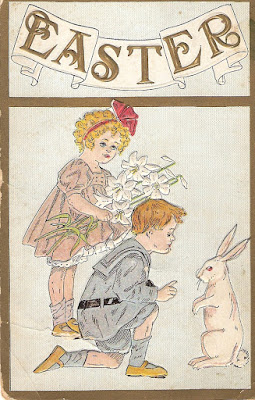 Have a Blessed Easter,
And,
Remember
The Reason for the Season 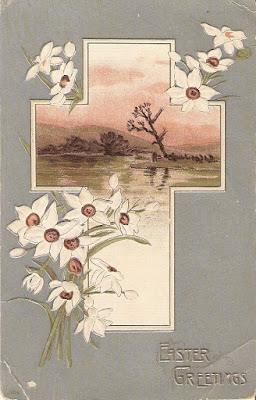 Posted by Gretchen Griffith at 8:46 AM No comments:

I like to say I wear many hats. There's my author hat I put on long before I get up in the morning as I toss and turn and head-write the grandest of all paragraphs that I forget by dawn. 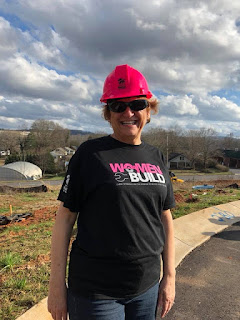 So there I am at the ground breaking ceremony for the Habitat for Humanity's Women's Build. Note the hat.

Let me back up and explain that during 2017 my husband and I were advocates for a Habitat family. We attended classes sitting beside them and were supposed to advise them, but instead we learned along with them, things that I wish I had known when we were young and starting fresh in a new house, things we still hadn't picked up on but made do instead.
The most delightful part of the process, beyond getting to know a really super family, was being with them when they selected the nitty-gritty of their house, the siding, the cabinets, the flooring, those kinds of fun things. It was at that session that we were told this house would be special.

Their house would be built entirely by women. 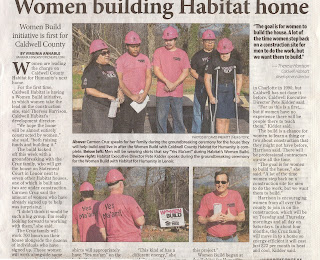 By the way, that's my husband in the bottom left picture, wearing his pink Habitat man's shirt and hard hat. Here's a better shot, so note the saying on the back. 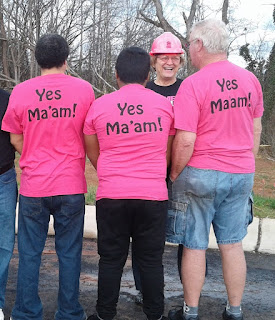 I don't know enough about building to be the one to say "Yes Ma'am" to, but I'm game to pick up a hammer and pound a few nails. I'll keep you posted about that. It's going to make a good story.

Gretchen
Posted by Gretchen Griffith at 7:22 AM No comments: