The recent Little Read event in the Caldwell County School System here in western North Carolina proved to be much more like a Big Deal event for me as the visiting author. The concept is fantastic, a huge shout out to whoever conceived it. Every fourth grader in the county reads the same book, discusses it with each other, and meets the author...Me!

The book they chose? When Christmas Feels Like Home and it isn't even Christmas, which in the end proved to be an advantage. The students could focus on the theme of the story rather than the frame I built it around. 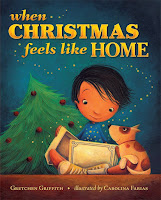 It's all about being comfortable in new situations. In my powerpoint presentation I showed (basic rule of writing, show don't tell) them my experiences living and going to school abroad, just like Eduardo in the book. I had them experience being in class when they couldn't understand anything the teacher said as I recited a selection I had memorized in French class all those many years ago.

From that little language experiment, they understood what Eduardo went through when he first came to America. We had fun going through figurative language and miscues I wrote in the first few drafts of the book. I let them in on a few background secrets, like the holly misplaced on the Thanksgiving table. 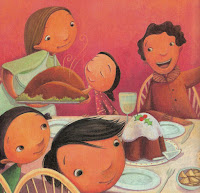 And the name changes of the characters...and the title.

They had worked through activities based on the book created by my teacher/daughter-in-law. 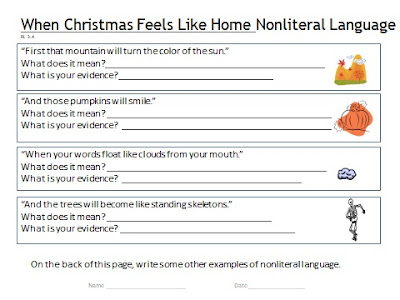 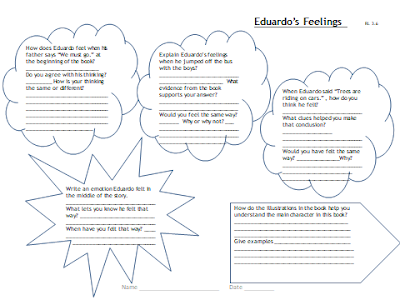 They asked questions at the end. Great, well thought-out questions that were an extension of what we had discussed. After I introduced my other books, the question came (in all six presentations at the various schools) "Which one is your favorite?" which I always threw back to them, "It's like asking your mother or grandmother who is your favorite. I love them all the same."

The question I had most fun with was "How old are you?"

The first time, I answered truthfully and they collectively gasped! So I came up with "I'm a grandma, so I'm about the same age as your grandmas" Yuk, yuk to that. Some of their grandmas are in their thirties! 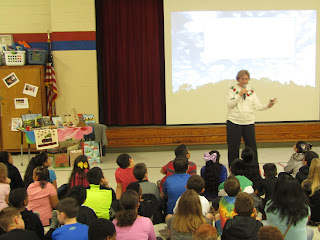 Being a grandma is fun. I can love on the little ones and send them back home with their parents.

Being a visiting author is the same kind of fun. I enjoyed those fourth graders and realized there were parts of teaching I missed. But then, when we were finished, I waved goodbye to them all and sent them back to class with their teachers.

Posted by Gretchen Griffith at 11:17 AM