Researching into a project last year, I stumbled upon an article in the May 1943 local newspaper about a homefront war support campaign the students here in Lenoir had begun. They were going to buy a bomber! Ordinarily I would have filed it in my brain in the gray matter I labeled interesting, but not what I was looking for, except that my friend and fellow critique partner, Sandra Warren, had just published a book about her hometown of Grand Rapids, Michigan and the South High campaign to buy a bomber for the war effort. 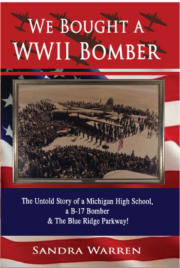 Of course I had to share my discovery with her. And then I had to investigate more, because that's what writers do, investigate. And then I discovered a whole story just waiting to be revealed.

So Tuesday, July 18th, we are doing just that. I say we, because Sandra and I are presenting the Buy-A-Bomber details we both uncovered to the Caldwell County Historical Society. It's a together presentation and it's open to the public. She'll tell about her discoveries (and wow are those details beyond interesting) and I'll share what I found about the 1942-43 school campaigns here in this western North Carolina county. We'll be at the Caldwell Heritage Museum  (112 Vaiden Street, Lenoir, NC 28645) starting at seven.

One important essential critical (you pick the adjective) key to the success of the United States victory in World War II was the support, both economical and morale boosting, of the citizens. Our local newspaper was full of reminders of those who were on the front fighting for our country, and why using ten percent of weekly pay checks to purchase bonds would help the war effort. 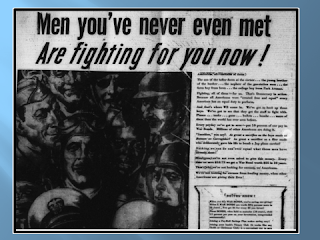 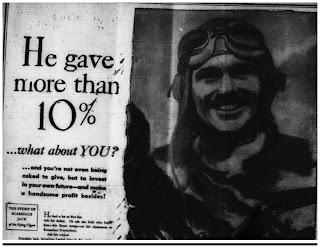 So with that as a backdrop, the local schools, with the strong suggestion (make that requirement) from the powers that be in Raleigh at the Department of Schools became washed up in the Schools At War program, of which the Buy-A-Bomber program was just one element. Also on the list was the Triple Threat Jeep Campaign to buy a jeep for $900. And more!

I can't wait to share the rest of the story with everyone. Did Lenoir actually buy a bomber??? Come and find out! 7:00, Tuesday, July 18, Caldwell Heritage Museum, Lenoir. See you then.

Posted by Gretchen Griffith at 8:49 AM