A Visit to Charleston

Last week I posted about my plans to travel to Charleston, SC.

We stayed at the Hilton Embassy Suites, downtown on Marion Square, the original barracks for the Citadel Cadets. It's luxurious now, so I had to stretch my imagination to picture life as a cadet a century and a half ago. 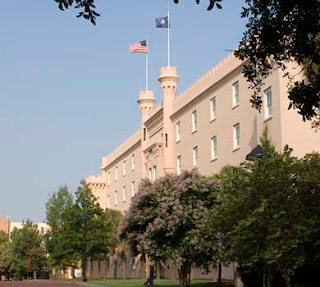 The good thing about staying downtown, everything is right there, and if it isn't, it's a free trolley car ride away. That "everything" includes Mother Emanuel AME Church that was in the block off Marion Square on Calhoun Street, the scene of last month's tragic shooting. We visited it twice since the walk was only down the block and across the street. Both times we were greeted by church members. And tourists. And flowers. And signs. And police barricades. 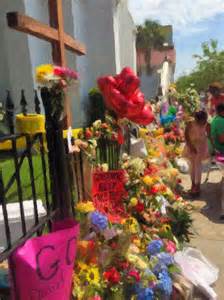 I can't even begin to tell you my emotions.

One word kept running through my mind. Senseless. There is no explaining a senseless act.

And this week it's Chattanooga's turn for yet another senseless act. One of the men killed there was from Burke County, NC, the location of my Lessons Learned book. My heart breaks.

This time Peter Seeger's song from the war torn sixties ran through my mind.


Catch of the day,

Gretchen
Posted by Gretchen Griffith at 9:51 AM