There is a wonderful group of history loving readers in our great state and they call themselves the North Carolina Society of Historians. They advocate in behalf of books and they spotlight a variety of media that records the past: newsletters, newspaper articles, dramas, cd's and dvd's.

In their own words from their own website the purpose of their organization is to share information with people throughout the state in regards to history, traditions and folklore distinct to North Carolina.

Once a year they assemble and celebrate what they consider outstanding works that preserve our history. They also "reward those who have worked tirelessly to bring this state's past, present and future to the forefront. In 2013 Lessons Learned: The History of Pilot Mountain School was recognized with the Willie Parker Peace Award.

This year, my work was recognized again, actually three times!, and wow, thank you, historians, for appreciating the stories I caught and recorded because they indeed bring the past to the forefront.
Wheels and Moonshine: The Stories and Adventures of Claude B. Minton was recognized with a Willie Parker Peace Award. We planned this project to bring a bit of humor to history through the stories and adventures (I wanted to call it the misadventures) of an eccentric character from Wilkes County, NC. We didn't anticipate the wonderful reception it would have, but we relish in it, and I'm sure the main character, co-author Johnny Turner's Uncle Claude, would have been delighted to be up front accepting this award as well. He would have stolen the show! Read the book. You'll know exactly what I'm saying.

Called to the Mountains: The Story of Jean L. Frese was recognized with an Ethel Williams Twiford Religious History Book Award. Jean's picture is on the cover of the book complete with her Salvation Army bonnet. On this day, the bonnet has been retired, but her uniform still in use. We accepted together, she took the microphone and she took over the crowd.

While I was up front, the president asked me to stay, she had one more thing. One more big thing. The President's award. and here, in the society's own words, is why my Called to the Mountains book won:
One book, and she thought enough of this religious history story to say it was the winner. 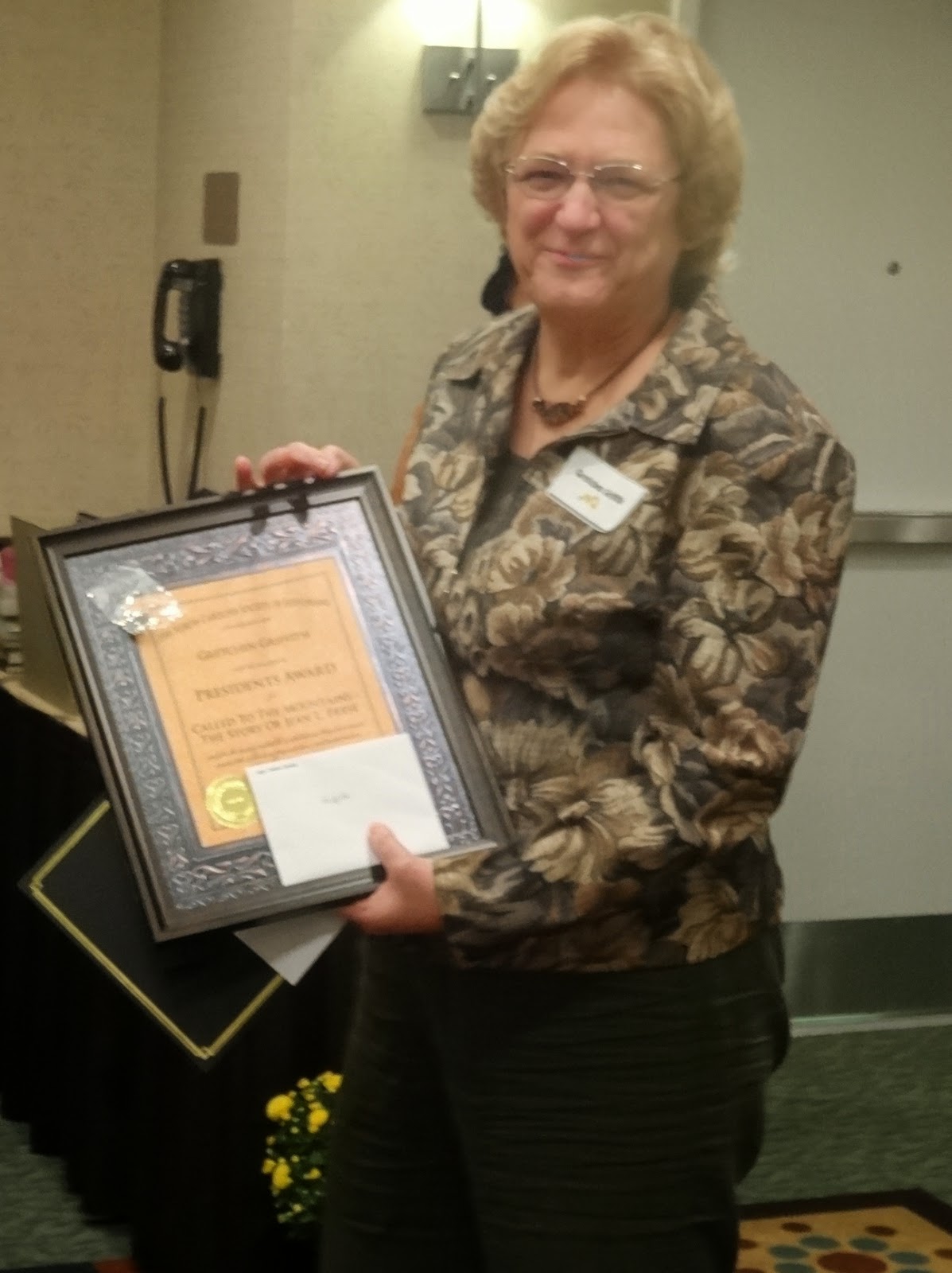