The title says it all.

About my latest project, that is. 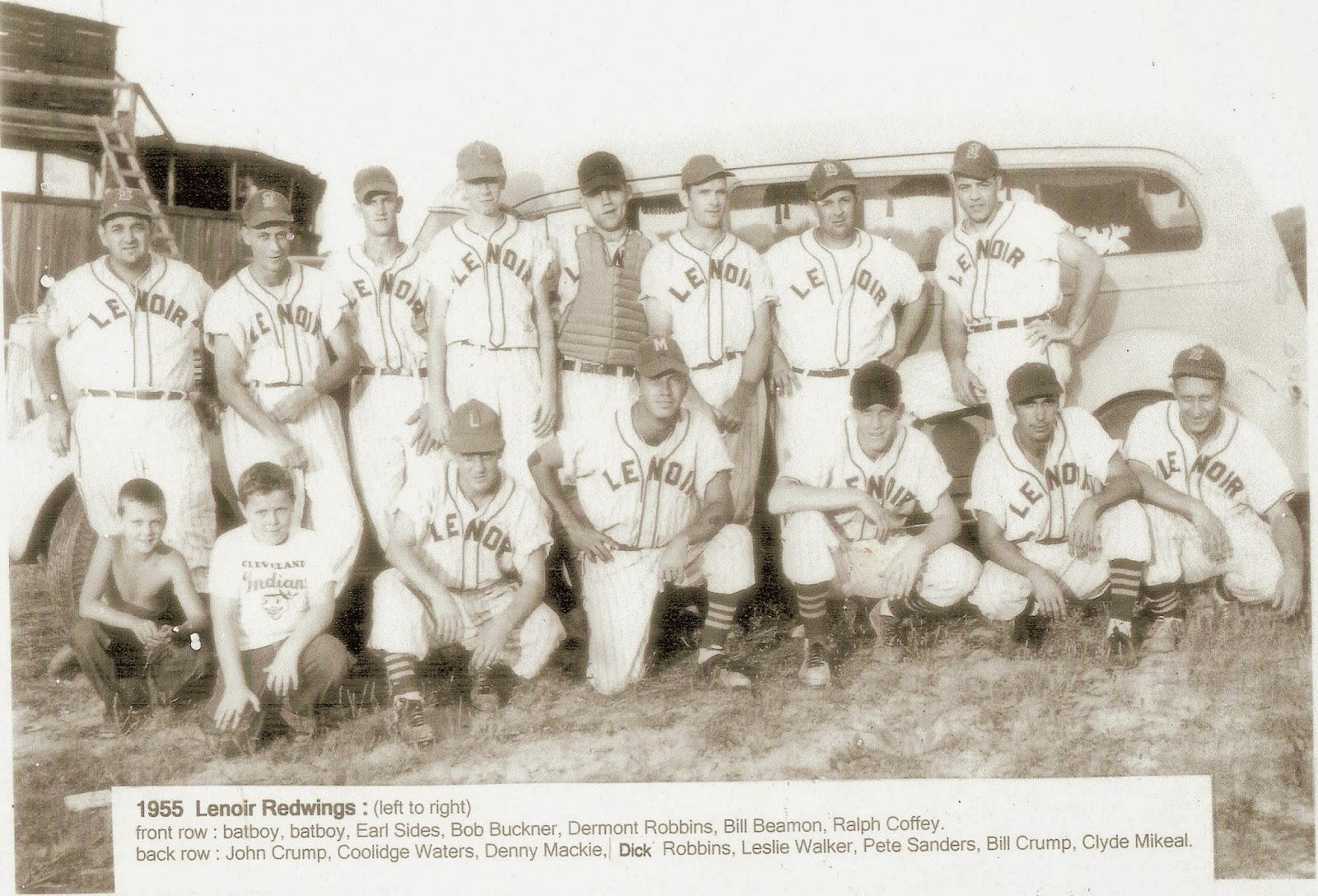 Is that a cool picture, or what! Look in the background at the three story grandstand and at the team "bus" that used to be a hearse. Study the players' faces, their pride.

That, Ladies and Gentlemen, is 1955 small town south.

Only better. That is rural small town south, if there could be such a designation, out where there are no blue laws to prevent the teams from playing baseball on a Sunday afternoon, out in the fields surrounded by cows and horses and corn. Blue Law Baseball, that was my original working title, but as I've researched and interviewed, that's changing. The story is so much more.

Rural small town baseball was definitely in existence on the grounds of Pilot Mountain School.

The story is different, but the theme is the same: The love of the game and the love of community. That's what caused the fathers to come out to the schoolhouse and build a ball field where their children could spend hours and hours being kids. Both boys and girls were there on the field in the mornings before school. They played ball during recess and lunch break. They rode their bicycles back to school after their chores were finished at home. Younger boys modeled their style after the older boys they played alongside. Older boys allowed for mistakes and unknowingly influenced the little ones. On Sunday afternoons whole families showed up. Not much was organized. Not much was official. It was just play.

For the love of it.

I can't wait to share my new project with you.

Gretchen
Posted by Gretchen Griffith at 9:31 AM