As I worked on this Pilot Mountain project a few years ago, I unearthed several stories about men connected to the school who served in the armed forces, a few of them paying the ultimate sacrifice so that I am free today to blog about them. 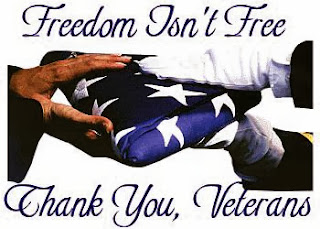 There were also those who paid the price and lived to tell about it. Or not tell about it, like my brother, who wasn't at Pilot Mountain School, but was in Viet Nam. He flew on helicopters, arriving after the battles, and a few too many times in the midst of the battles, picking up body bags filled with the latest casualties.

He was never wounded, not physically, but one thing I know. He couldn't walk past their names on the Viet Nam Memorial Wall in Washington, DC.

The cost of freedom is high even for the survivors.