And We Have Launch!


I've been counting down the days until today's book launch and now it has arrived. The book is on the market, available as of ten o'clock this morning! 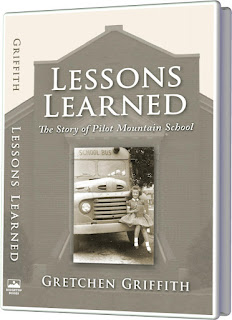 Isn't it beautiful? I've shown it before, but today I get to open it, reverently and with more than a little awe, to reveal the rest of the story.

The dedication comes near the front of the book and that's what I'll present first at the launch. This took zero amount of time to decide who to dedicate the book to, that was a given, but hours and hours to frame my feelings into the twenty-three carefully chosen words it eventually became.


To the children of Pilot Mountain School,
who went into the world and made a difference,
and to the adults who empowered them

﻿As I was interviewing former students, one theme came through more powerfully than any other. Overcoming. They entered this mountain school as children of poverty, yet by the time I met them as adults, they were accomplished and for the most part retired from active employment. They have been (and still are) productive citizens that turned their community from poverty to prosperity.

I found proof that backs up this statement in the Burke County Consolidated Board of Education minutes, July 10, 1972, page three to be exact. I remember sitting in front of the microfische machine, searching for something entirely different, when the paragraph that took my breath away scrolled into sight.

To this date the school had been a part of President Johnson's War on Poverty, receiving federal funding under Title I projects, remedial reading and math, Head Start, kindergarten. But now that money was withdrawn from the school - for one glorious reason. It no longer qualified! The poverty level had risen above the 33.2% substandard housing requirement.

How did this community do it? Hard work, education, common sense. Where did they learn this? From the adults that empowered them - at home and at Pilot Mountain School. That's exactly what the Lessons Learned dedication expresses.

That's exactly what this book is about. Can't wait for you to read it!